I had a fantastic weekend! I got to spend this beautiful Saturday we were given with 3 of my best friends, outside, at a wine festival, of course I did not have a sip of alcohol (hellllo superhero remember, see below post) but none the less it rocked.  I may have gotten pulled over for speeding leaving said festival, but with my lack of any kind of driving record and the fact that I was stone cold sober I got a warning.  Follow that up with some crabs and apps on a deck with the ladies it freakin rocked.

Sunday I watched football (I'm not ready to talk about my Steelers), went for a long run through town, and ran errands. I woke up late, cooked and prepped for the week.  End that with some Real Housewives of New Jersey, Revenge, and Betrayal, you've got yourself a perfect weekend.  I miss it already. 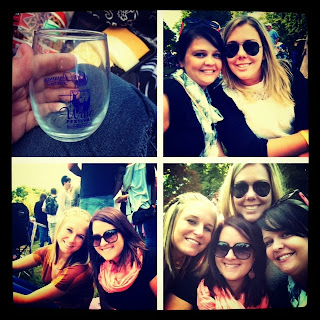 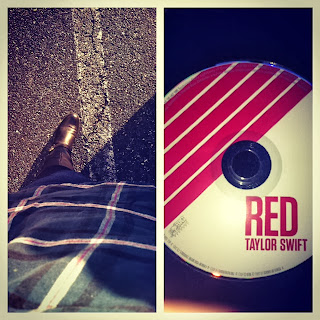 Posted by Miss Independent at 5:34 AM No comments:

Being all cavewoman and stuff

Hola!  If anyone follows me on social media (IG:ejohns20, twitter: Erbear2686) y'all know I've been hashtaging the hell out of "21 Day Superhero Challenge", "Be your own superhero" and "Paleo", now allow me to explain.

Yep, that is the crazy shit I picture too when I think about it.  One of my competitive, nutzo best friends has been doing it forever.  Now this chick is a powerhouse, and has been trying to drag my ass with her.  I've been terrified! I'm not a particularly strong chick, I mean yes, I'm training for my second half marathon, but that sounds more intensive then it is.

My exercise over the last 2 years has included running, Jillian Michaels DVDs, yoga classes, and some zumba, I'm not exactly the Incredible Hulk.  I am fascinated though, I would love to be strong, so recently I signed up for a LivingSocial deal, and right after the half marathon (no stupid, clumsy injuries needed) I plan on giving this a go, which leads me to my next explanation......

You may recognize this lovely chick from "The Real World: DC" or any of the MTV Challenges.  Now I've been an Emily fan but never really was in focus with her since her season unless I was watching a Challenge in the last few years.  When I got my Kindle fire I was drunk one night (don't judge me) and bought the season of "The Real World" she was on. I watched them back, now older and wiser, and realized homegirl kicked some ass and wasn't afraid to speak her mind, duh she was my fave.   Watching this season of the "Challenge:Rivals 2" I saw how badass she looked, so I googled her and found her lovely website.  Now I saw she was a hardcore Crossfit fan, but kept reading and saw more about how she eats and was fascinated.

Started following her on social media and saw she had this thing called the 21 Day Superhero Challenge, which I was scared of the first time around, but dove in the second time around.  Basically it's a challenge on her website you can sign up for (for $21 duh) and you eliminate complex carbs, sugar, and eat basically "paleo" (I'll explain in a minute) for the 21 days in order to "reset" your body.

Now I had been feeling kinda crappy the last few months, always tired which I associated to half marathon training, and just gross.  I was not eating great but trying to be conscious of it still, and was going to give the vegetarian thing another go, but I did some research and this method made sense to me, which brings me to........ 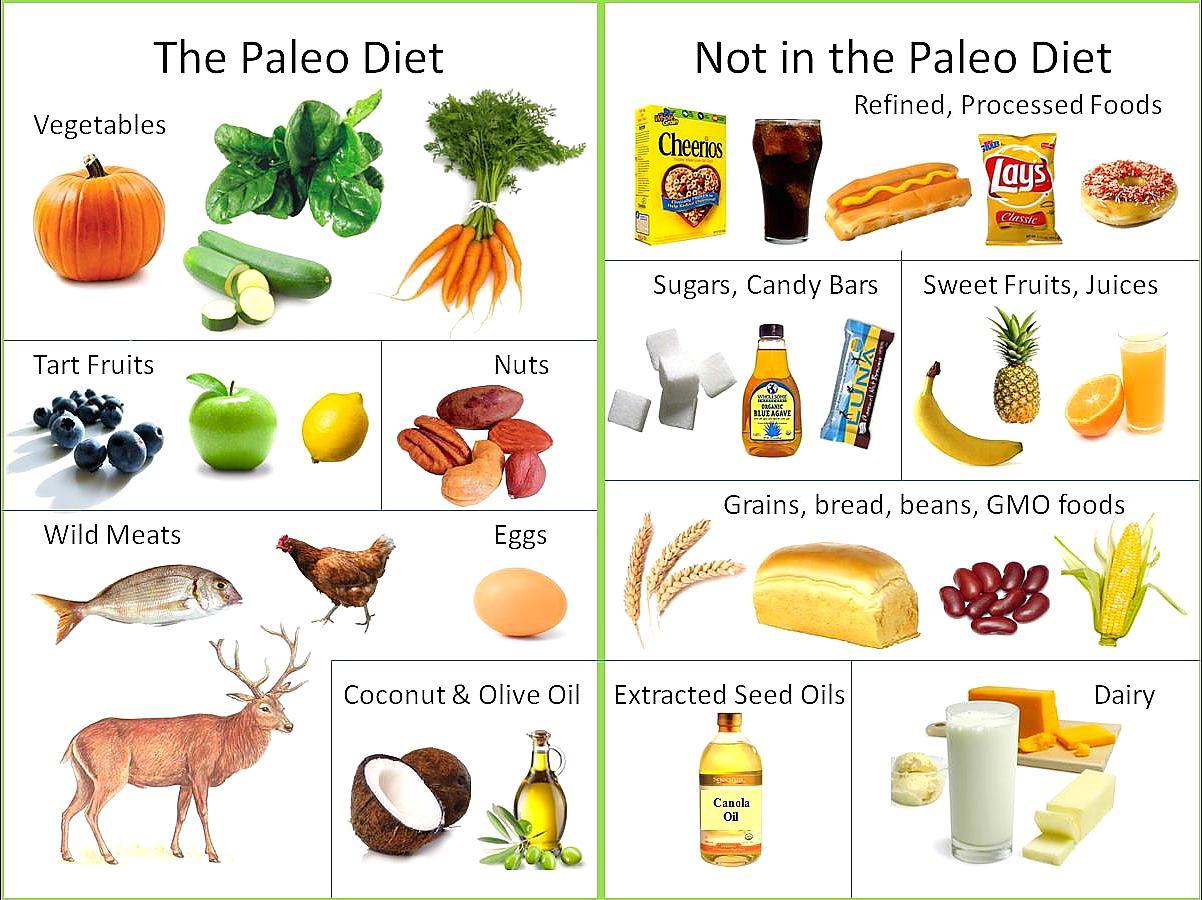 Now the pictures above basically sum up this whole concept.  Eat like a cavewoman (or man)!  Eat meat, veggies, fruit, natural oils, eggs, raw nuts. Don't eat crap, grains, dairy.  OK for me, the cheese/carb loving girl I am, this was kinda a lot to get my head around.  The biggest part for me was the meat, as a former vegetarian off and on for a few years, I don't like eating things I would give pet names.  I love animals, but then I realize it's basic human set up to process meats in our bodies, natural meats, grass fed whenever possible.

The epidemic of cancer, high blood pressure, heart disease does not come from healthy fats, good meats, or oils, it comes from all that other crap we keep eating.

This is basic, it makes sense, is it easy though? HELL NO! I want a brownie, chips, or cheese, but I am going to do what I can for the first 21 days, then probably have that on occasion but not make it my life again, plus I'm too competitive to try not win a challenge!!

P.S. and EFF NO I am not giving up Coffee, just no sugar and using butter (grass fed) instead of milk/cream (crazy but it's good!)

P.P.S. and abstaining from alcohol too, I'm not ready to talk about that yet though it's too soon......

Posted by Miss Independent at 7:27 AM No comments:

Does everyone categorize their friends?  I mean I have been lucky enough in my life to have friends who have gotten me through the best and the worst of times.  I have friends I never expected and friends who I knew would always stick by my side. 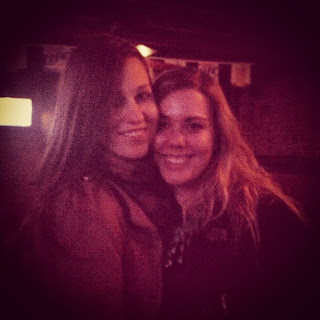 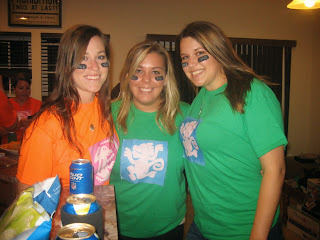 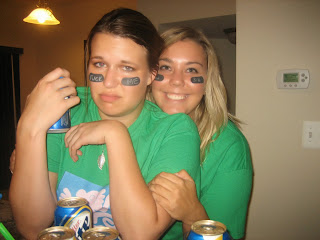 The "later in lifers"

These are the girls I developed at the end or after college.  I became a very different person after my dad died, I understood being lost, I understood a damaged family, I understood why some of those girls at school had it harder than I had.  I may have never considered these girls in high school, I had my group of "lifers" and wasn't so interested in others.  These girls I found after I turned 21, when I was going out back in my hometown and found them in a bar.  They are the ones who know me, grown up, flawed as hell and a fully developed person. I have sat on a floor and cried with these girls over bottles of wine, I have met random dudes and laughed more than I ever have in my life with these girls.  I have learned how to celebrate my birthday and theirs with these girls.  I am so lucky that these girls mean the world to me and I would ride or die for these girls.  I don't know how I would navigate my adult life without these girls, we have grown up talks and grown up problems.  I am so lucky to have them.  These girls are my life AD (after Dad), they know what I went through but they weren't specifically in the middle of the tornado that was my dad's illness. 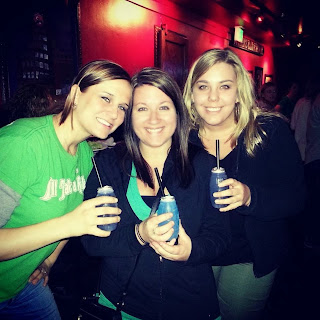 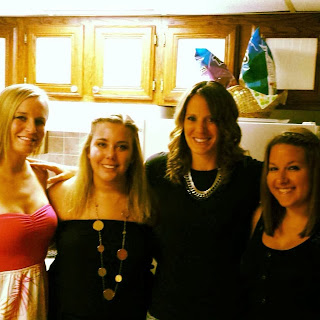 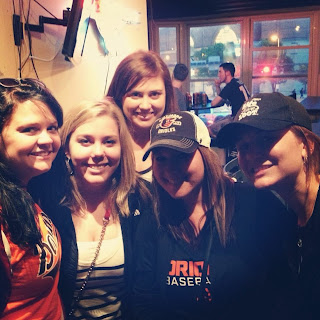 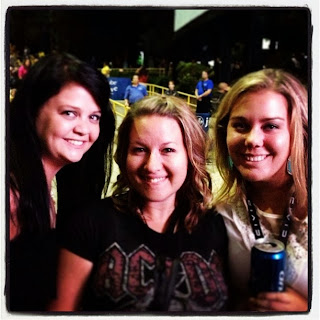 My forever friends
My mom and sister- thats it, when the world ends it's everyone for themselves and me for them, thats it, they are my life, my soul, my everything, period 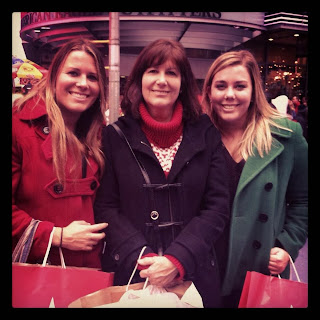 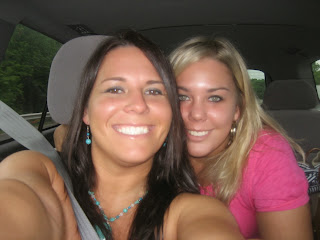 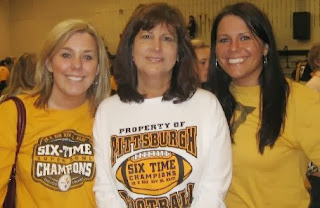 side notes <a href="http://www.bloglovin.com/blog/6410155/?claim=qree7yapbgz">Follow my blog with Bloglovin</a>
Posted by Miss Independent at 6:48 AM No comments:

Fridays from the couch

Alrighty, so hello, it's Friday and I'm still sick. At least the whole strep thing has moved into a full out cold so I am watching TV, catching up on work from home, and doing this.  Now if anyone follows me on twitter you know my love of all things singing reality talent shows (The Voice, X Factor).  I have moved beyond American Idol for the most part, I can't deal with the new judges and the Mariah vs. Nicki thing got old quick

My love of these things come from my obsession with music, all music, but finding new music talents or watching them from where it all started is my favorite thing ever.  Back in the summer of 2011 when I cracked my ankle I found X factor in the UK on YouTube, and there I fell in love with Cheryl Cole, Cheryl Lloyd, Rebbecca Ferguson and One Direction (gasp) all in one fell swoop.  Then when One Direction started blowing up I fell more in love with these guys, they're just fun, and Harry is growing up to be HOT.

Anyways, I love, love, love hearing what these guys do with old songs, how they flip them and it turns into something so cool and new.  I love hearing new voices sing some of my favorite songs, and I also will watch anything Adam Levine is a part of, duh.

I also think the UK is just ahead of the US when it comes to pop music, we are finally catching up now with One Direction, Ed Sheeran, and Little Mix, but they have had these guys for a while.  This music fills my ITunes next to Bob Marley, John Mayer, The Beatles, Eminem, and so many more.  I love music, that is what keeps me going, I was never good in art class, but give me music and we're good to go.

And if you are looking for style inspiration, X factor UK has a companion show featuring Caroline Flack.

I'm obsessedddd with the way she dresses, and apparently there was some huge scandal when she dated Harry Styles when she was 33 and he was like 19 so she is also my idol.  Well, hope everyone has a good weekend.

Posted by Miss Independent at 10:30 AM No comments:

Well laying on the couch has added a couple hours of bored therefore why not jump back into this land I've avoided for a while.

Hello world, why don't I reintroduce myself with doing a week in numbers:

100  Number of hours I've spent in front of the TV the last few days (I have strep throat)
13   The last time I can remember actually having strep throat in my life
50 Cups of Zen tea I've ingested over the last few days
9 Number of Popsicles I've eaten in the last 2 days
7 Number of beers I ingested while on meds Monday night watching my Steelers lose to the Bengals (I'm not ready to talk about it)
4 Number of magazines I've flipped through
3 Number of times I've thought about then talked myself out of online dating (I don't like strangers enough to even attempt, I'd rather be alone)

OK that wasn't exactly life changing, in better news, I am going to make a commitment to try and be better about this, I have inspiration from my twin (holla CBK) and other life events to try and reopen the door of blogging, here goes nothing